California has earned the dubious distinction of being the most dangerous state for cyclists, with bicyclists accounting for 6% of fatalities. In a traffic-clogged place like Orange County, cyclists face many perils from motorists who disregard traffic laws and pay limited attention. As a result, they strike cyclists, often passing with inadequate space, turning into them at intersections, and hitting them with their doors.

All of these instances result in injuries that are compensable in California courts. For example, under California law, motorists bear responsibility when they hit a cyclist, even if the accident is partly the bicyclist’s fault. However, depending on the severity of injuries, damages can be substantial.

California personal injury victims have the right to economic and non-economic damages, including the following:

Bicycle accidents can leave victims in the hospital, unable to work or participate in family activities. They may also suffer severe pain. Alpine Law bicycle accident attorneys specialize in winning settlements and awards that compensate victims for all they lost and suffered.

Do I Need a Lawyer for a Bicycle Accident Claim In Irvine, CA? 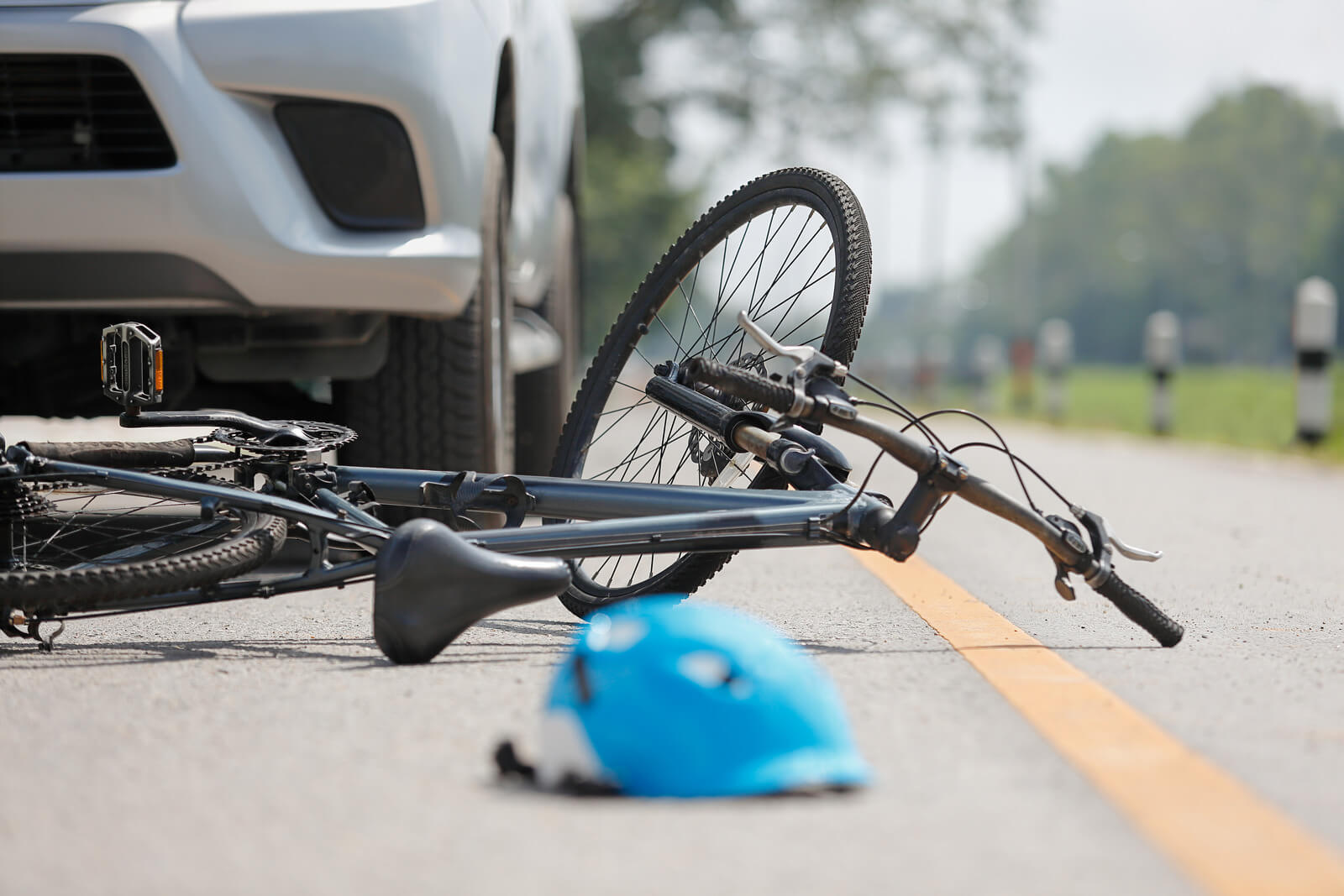 When a bicyclist sustains injury in an accident, they need legal representation. The liability for a bicycle accident can be on an individual, business, or municipality. Regardless, an insurance company is usually responsible for payment, and their lawyers work hard to minimize settlements and awards.

Most serious injury bicycle accidents involve a private motorist. Businesses are also frequent defendants due to commercial vehicles or the misplacement of property that causes an accident. For example, municipalities may become defendants because of bus-to-bicycle collisions, poorly maintained roads and sidewalks, or sloppily managed construction zones.

When the accident is clearly a defendant’s fault, insurance companies never pay the damages owed. Instead, to reduce their costs, they rely on two primary strategies:

1) Transferring some or all the blame onto the cyclist or

2) Disputing the number of damages due.

For instance, it can find a motorist 80% at fault and a cyclist 20% at fault or vice versa. In the former example, the cyclist receives 80% of his damages; in the latter, the cyclist gets just 20%.

Your bicycle accident attorney pushes back against attempts to magnify your liability in settlement negotiations and conferences. A personal injury attorney knows the precedents that favor their client’s position and convinces the defense that the costs of going to trial will only increase their expenditures.

Most cases settle before the trial date; however, if the defense remains obdurate, your lawyer will call the case to trial, present your side, cross-examine defense witnesses, and persuade the jury that you deserve the total compensation allowed under California law.

Courts require proof of both liability and damages. Proving economic damages is straightforward. They consist of monetary losses attributable to the accident, including medical bills, lost income, and related expenses. Non-economic damages, such as pain and suffering, are subjective.

California law instructs juries to determine economic damages and then award non-economic damages based on considerable monetary damages ranging between 1 and 5. The more adverse impact caused to the plaintiff, the higher the multiple.

Your personal injury attorney gathers convincing evidence of non-economic damages. These include medical reports, witness accounts, and the plaintiff’s experiences. For instance, evidence of pain and suffering from a back injury may include emergency room-, doctor visit-, surgery-, and physical therapy records. In addition, witnesses may attest to the pain and disability caused by the injury. Finally, the plaintiff would explain the symptoms and their impact on life.

A personal injury attorney knows how to build and present a compelling case for damages. Because of this, most defendants settle out of court for substantial amounts.

Bicycle accidents can take almost any imaginable form, from a mechanically defective bike to a reckless motorist. These are the most common types of bicycle accidents that result in injuries:

Bicyclists must obey traffic laws, braking for stop signs and traffic lights. Often, a distracted motorist fails to see the bike and plows into it from the rear.

These happen when a car is parked parallel to a bike- or traffic lane. A driver or passenger neglects to look before opening a door and hits an oncoming cyclist.

City buses are big vehicles negotiating high-speed and high-traffic areas in Orange County. Drivers sometimes fail to see a cyclist or make a mistake, hitting a rider due to fatigue or stress.

Bike manufacturers must sell safe products when used as intended; for example, a mechanically flawed bike can injure the rider.

Cyclists can also be hurt when traversing poorly maintained roads with potholes and other dangers. In many instances, the city bears responsibility for accidents caused by insufficient road maintenance.

How Much Is My Bicycle Accident Case Worth / Compensation for Accident Victims?

Bicycle accident cases range from minor personal injuries to wrongful death, creating a wide range of claim values. For instance, a person who sprains their wrist and needs a new bicycle may have a claim of a few thousand dollars. The family of a cyclist killed by a reckless driver likely has a claim worth millions.

Economic Damages include the following:

General damages include the following:

California courts only award punitive damages in egregious personal injury cases, such as a drunk driver hitting and paralyzing a cyclist.

“My father passed away from being hit by a car. We were told my father (the pedestrian) was 100% at fault. Alpine Law won our case in 8 days! No, not 8 years like most law firms but 8 days. We will forever be grateful for their hard work and compassion.”

“I have 3 lawyers in my family and Arin surpassed all their expectations.”

“I have not been as fortunate ever in my life as I was the day I contacted Alpine Law Group. Prior to this case I had another attorney that I waited months and made several attempts for contact and was left hanging. This was not the case with Alpine Law.”

“I could not be happier with my experience, and I would highly recommend Arin and his firm. 5 stars all the way.”

“Because of his extensive knowledge and hard work, we ended up winning both claims. Highly recommend! Thank you, Arin and Alpine Law.”

The Proof Is In The Pudding 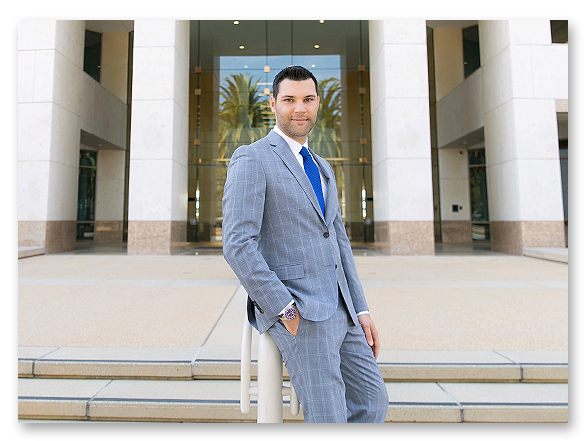 What Should I Do Immediately Following a Bicycle Accident?

First, assess if you are injured and need medical treatment. Even if injuries seem minor, more severe symptoms could appear later, so seek medical help.

If able, take photos and video of the scene and write down the contact information of witnesses. Then, as soon as possible, write down your account of the accident while your memory remains fresh.

What Should I Do if an Insurance Company Calls Me?

If the opposing insurer contacts you, refer the call to your attorney. Answering questions is ill-advised because the adjuster may record the conversation and try to use your answers against you.

What if the Accident Was Partly My Fault?

Is There a Time Limit to File My Case?

California law requires you to file a personal injury case within two years of the incident.

How Much Does an Irvine, CA Bicycle Accident Attorney Cost?

Alpine Law bicycle accident attorneys in Irvine take contingency cases. Under this fee agreement, you pay nothing until you collect, and legal costs are deducted from the settlement or award.